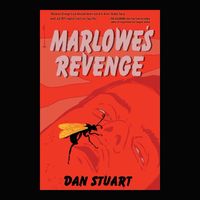 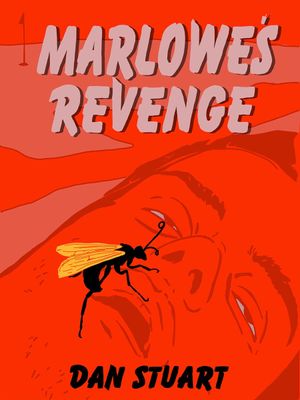 As a novelist, Stuart has penned a trilogy of taunt literary thrillers starring his alter ego Marlowe Billings, and the finale, Marlowe’s Revenge, is set in the ’90s and cinches the series, but easily stands alone as well. New York Times best-selling noir author Tod Goldberg says Marlowe’s Revenge is “sun-bleached desert noir at its finest. Violent, funny, weird, and 100% original. Count me a huge fan."

Self-effacing and from the gut, Stuart’s prose captures the pith and pain of too much self-awareness. His fiction is populated by losers, misfits and sociopaths who struggle with internal demons, drugs, murder and love, on both sides of the border, skirting both sides of the law. Marlowe’s Revenge is eagle-eyed, fast-paced noir, an accomplishment that recalls — and will engage fans of — Elmore James, Jim Thompson, Cormac McCarthy and Charles Willeford.

Bob Mehr, the Grammy-winning New York Times bestselling author of Trouble Boys: The True Story of the Replacements sums it up well: “With his Marlowe’s Revenge, former Green on Red frontman Dan Stuart offers a pulp meditation of bad men doing bad things, the hopeless and hapless that surround them, and the cascading nature of addiction and regret. Marlowe’s Revenge is part murder mystery, part faded love story, part redemption tale (without much redemption). Beautiful, twisted, and real — this is high desert poetry about low people. As a memoirist and noirist, Stuart continues to be a goddamn revelation.”

FOR MORE INFORMATION, INTERVIEWS WITH STUART OR REVIEW COPIES CONTACT:

WHAT OTHERS SAY ABOUT MARLOWE’S REVENGE:

“I want to thank the El Tiradito shrine that Marlowe Billings rides again. Dan Stuart was in one of my favorite bands, Green on Red, and now has created Marlowe Billings my favorite golf loving, ex-junkie, trouble-collecting miscreant. With Marlowe’s Revenge, Dan Stuart proves once again he keeps getting better and better. —WILLY VLAUTIN, award-winning author of The Motel Life, Lean on Pete and The Night Always Comes

“In Marlowe’s Revenge, Dan Stuart provides us multilayered characters who walk familiar and coveted sites in their search for reckoning with the city’s past, and their own. Their interwoven worlds and lives are both thrilling and fascinating.”  —LYDIA R. OTERO, author of La Calle: Spatial Conflicts and Urban Renewal in a Southwest City, and In the Shadows of the Freeway, Growing Up Brown & Queer