There are no upcoming events right now.

You can buy the last and final album here: marlowebillings.hearnow.com 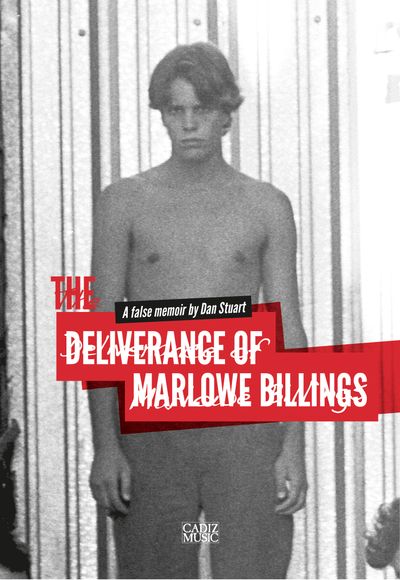 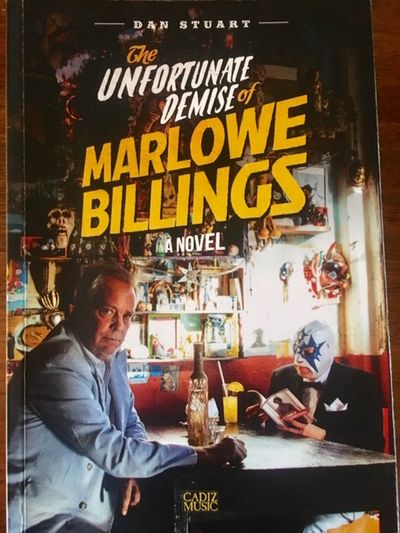 Buy the record, or the novel.

Perhaps how one leaves a party is more important than one’s entrance. Green on Red's Dan Stuart has chosen to make his final full length record with producer/guitarist Danny Amis: a founder of Los Straitjackets and former member of The Raybeats. They both were living in Mexico City at the time, and have individually worked with Twin Tones and Sonido Gallo Negro’s leader Gabriel López at T-Vox Recording. The vinyl LP is a companion piece to a novel by the same name, and the two will be released together this July in one package through Cadiz Music, along with a CD with six extra tracks and a four CD audio version of the novel. Exclusive versions and other special one-offs will be available through Pledge Music. Both works are a sort of noir travelogue through foreign landscapes real and imagined, sublime and horrific, and question whether love can survive in a world of violence and betrayal. The record features players from Mexico, Italy, New York & San Francisco, while the novel bounces between Oaxaca, NYC and CDMX. Stuart's alter ego Marlowe Billings is our musical and fictional tour guide, indeed one could listen while reading and double the pleasure. The record is the last of the Marlowe trilogy, with the novel being the second; one can only hope Mr. Stuart will eventually deliver a third book to complete the series and leave the world if not better off, then at least slightly less banal. 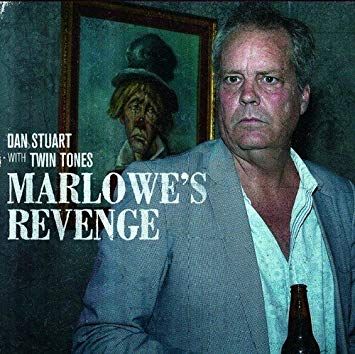 What business does an aging post-punk has-been have making a kick-ass rock record with Twin Tones, one of Mexico's hottest young bands? Last anyone heard, Green on Red's Dan Stuart had moved to Oaxaca from NYC to escape reality, not that anyone cared. Sure, after a decade and a half gone missing, he had released both the LP and book, The Deliverance of Marlowe Billings, in 2012 and 2014 respectively on Cadiz Music in London, but outside of some grudging critical respect, really a sympathy fuck for days gone by, plus some sporadic touring, well the planet could get along without Stuart's morbidly self-righteous world view just fine. His inability to lighten-up and endure life's little insults like the rest of us had grown old and tired, like Stuart himself. Okay, you went away, now go away. Still he refused...

Marlowe's Revenge started in a concrete bunker in Oaxaca, where Daniel Sanchez Jimenez was more used to recording Oaxacan banda than depressed gabachos. Stuart wandered in one day with a dozen songs written on an opened tuned cracked Martin that mirrored Stuart's psyche perfectly. The old gringo made the young engineer accompany him live with a 10 peso little black egg shaker or beat on an ancient phone book with an open palm... he was a card carrying union percussionist after all. The result was promising, simple chord changes but in interesting voicings with a strange propulsion not always in time but always somehow right. The songs were about love and loss, murder and revenge, Stuart's usual laments but with a spark ike a fire had been lit somewhere deep in his distended belly. Pleased with the results, Stuart became curious and wondered if he could find a band to play some of these songs, a Mexican band that wasn't a caricature of Mexico herself. So he did what anyone would do, search Youtube and he found them...

Their name was Twin Tones, no the. They came from Mexico City and played instrumental music with some of the same Ital-Mex influences as the last band Stuart had recorded with, Sacri Cuori from Italy. But they were younger and rawer, and spoke little English but with a rock n roll accent. Stuart sent them a FB message and barely got back a reply, yes we have a studio and we do our own thing, who the fuck are you? Now this is where it gets weird... turns out they had mutual friends and acquaintances, people like Steve Wynn from The Dream Syndicate and Danny Amis from Los Straitjackets, the world was indeed a frighteningly small place. So on his way to Europe to play some loserfest, Stuart dropped by the lads studio in gritty Ecatepec and started the second half of Marlowe's Revenge. The first song they recorded together was Soy Un Hombre, and indeed Stuart had become a man again, stiff boner and all. It was immediately clear they had a garagey sound but one in England somewhere and rented from gypsies. Pleased, Stuart sent Twin Tone's leader and now his producer Gabriel Lopez some of the Oaxacan tapes and told him to overdub what he wanted, make yourself a nice margarita. The results blew Stuart away and so the whole enchilada was smuggled up north to JD Foster to mix and the rest is... well not history exactly but still something worth listening to if you give a shit about stuff like this.

So there you have it, the making of a real rock record, maybe the last one ever, who fucking knows? Certainly not Stuart, he's too busy enjoying Mexico City, where he just moved to be closer to the action at age 54 no less. With any luck there will be some live shows with Twin Tones but let's face it, no one really wanted this to happen, and now that it has there are some that would prefer that it would just go away so the world can get back to its predictable shitty self. But not Stuart... he's just getting started. 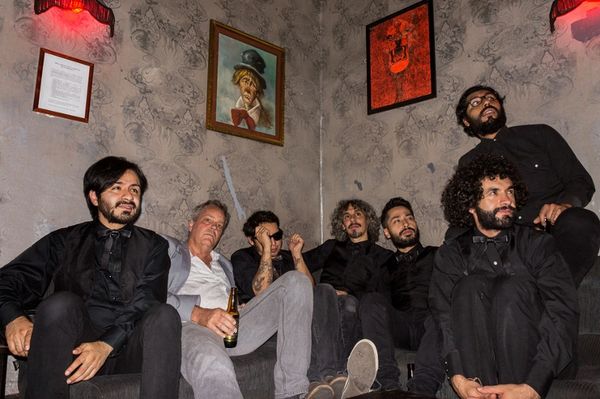 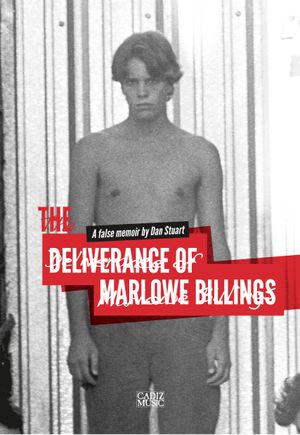 It's just words and shit...

For those that still read, this little dagger of a book (yes same title as Stuart's last solo record) is available now through Cadiz or Amazon, the odds of it ever making it into a bookstore are slim to none... buy it now or forever hold your mud. 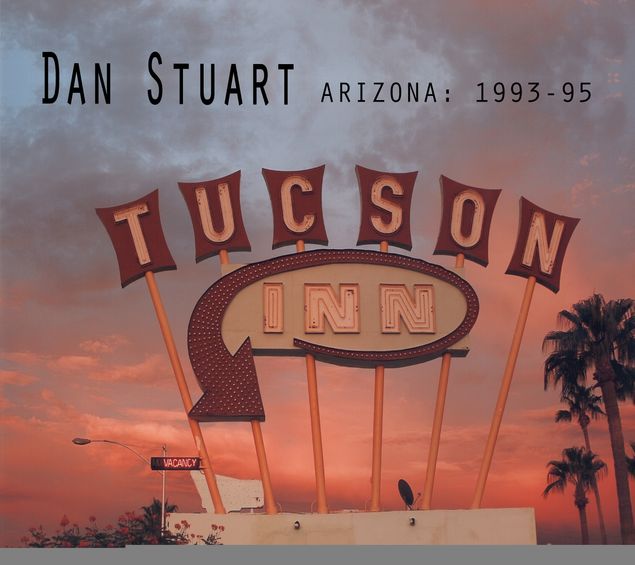 Buy it and keep Marlowe in tortillas...